Liberal Arts in the Civic Sphere

The Bucknell Program for American Leadership and Citizenship (BPALC) focuses on developing thoughtful and informed civic leadership, exploring fundamental ideas in the pursuit of truth through higher education, to aid in developing informed citizens. It draws on classical liberal arts and Great Books approaches in humanities, social sciences, and natural sciences. In the process it seeks to address the big questions of the liberal arts on which informed citizens need to reflect to live meaningfully in community as a nation, enumerated by Allan Bloom as: “Is there a God? Is there freedom? Is there punishment for evil deeds? Is there certain knowledge? What is human nature? What is a good society?” 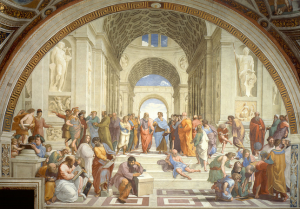 BPALC also seeks to focus study on values, virtues, practices, and conditions needed to sustain the American republic under the US Constitution. Areas of interest here include the nature of civic and economic liberty, the proper relationship between government and civil society, the proper role or roles of religion in public life, the cultural values and meaning systems that contribute to sustenance of the American nation and form of government, the meaning of American identity, and whether there are objective principles of justice or other moral standards by which to inform action and evaluate decisions in life and community. 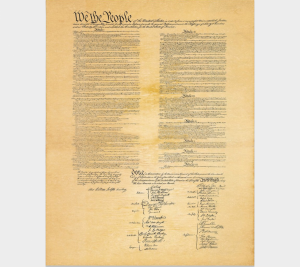 BPALC examines areas such as political philosophy, natural law, natural philosophy, rhetoric, poetics, literature, and social and behavioral science to ask: How can human beings live well, contribute to meaningful communal and national life, and provide effective leadership in an individualistic twenty-first-century American culture and society? It also explores those areas as contexts to the thought of America’s founders and leading statesmen, and the thinkers, traditions, and texts that continue to inform the American civic idea and the proper responses to challenges to it from modern totalitarian and technocratic thought.

Images: “The Seven Liberal Arts” by Giovanni Del Ponte; “The School of Athens” by Raphael; the U.S. Constitution

Theme by Anders Noren — Up ↑